The entry-level model in Océ's range of high performance continuous feed printers, the Océ VarioStream 6100 takes the excellent record of our Océ Pagestream series into the next generation. This is the centralised or decentralised printer of choice for corporate and commercial users who need to print short runs including special media such as plastic cards and lightweight forms, and are seeking zero-compromise excellence in imaging quality, security and connectivity.
The compact high-flyer
Compact in size and super-silent in operation, the Océ VarioStream 6100 is big on value and benefit. It features a 17" print span (for A3 or A4 two-up) and increased speed of 100 ppm (A4, 2-up) for more productivity. The Océ VarioStream 6100 works with LED image generator and - unique for its class - delivers 600 dpi output as well as 240 or 300 dpi. The resulting graphics quality is ideal for all applications, including the tough legibility requirements of security applications, and for professional-grade graphics and barcodes
Unrivalled media versatility
With its straight paper path and no-contact flash fusing, the Océ VarioStream 6100 processes a huge variety of media alongside standard paper: foils, labels, service cards and much more. You also have all the benefits of continuous feed printing - rapid processing with fewer jams, ensured sequence and completeness of print jobs and roll-fed input for greater capacity. You gain unrivalled flexibility to print whatever you wish: graphics, registration and ID papers, membership cards and transponders. And you can respond more readily to evolving demands.
Océ VarioStream 6100: your flexible performer
The Océ VarioStream 6100 adapts to the way you work. Featuring all the common connections, it provides TCP/IP for simple plug & play networking, or a direct connection to host or server. You can process 300 and 600 dpi PCL data streams, or IPDS at 240, 300 and 600 dpi. With automatic resolution detection and changeover, the Océ VarioStream 6100 adapts seamlessly to the job in hand.
Future-proofing your investment has never been easier
The Océ VarioStream 6100 is a platform with built-in future security. It works with the latest SRA con-troller common to the entire Océ VarioStream and Océ VarioPrint - family, so you are assured compa-tibility across the range. You can easily shift applications between printers, and run the Océ VarioStream 6100 also as a proofing and back-up system. With proven Océ reliability and quality, the Océ VarioStream 6100 is a fully fledged production printer, easy to operate and service, giving you maximum up time in production workflows. 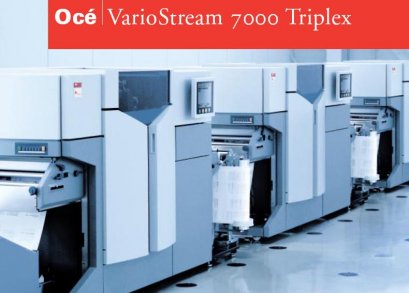 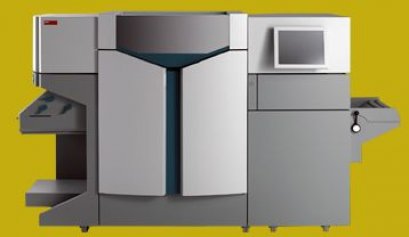 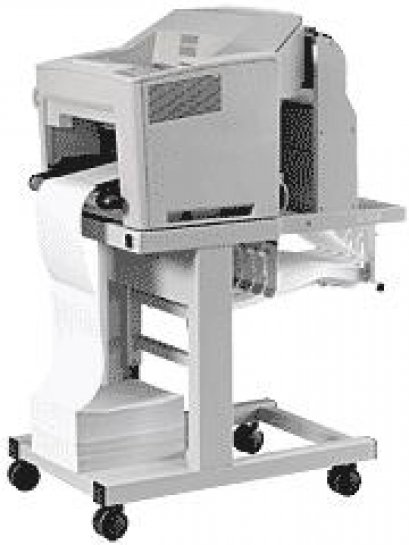